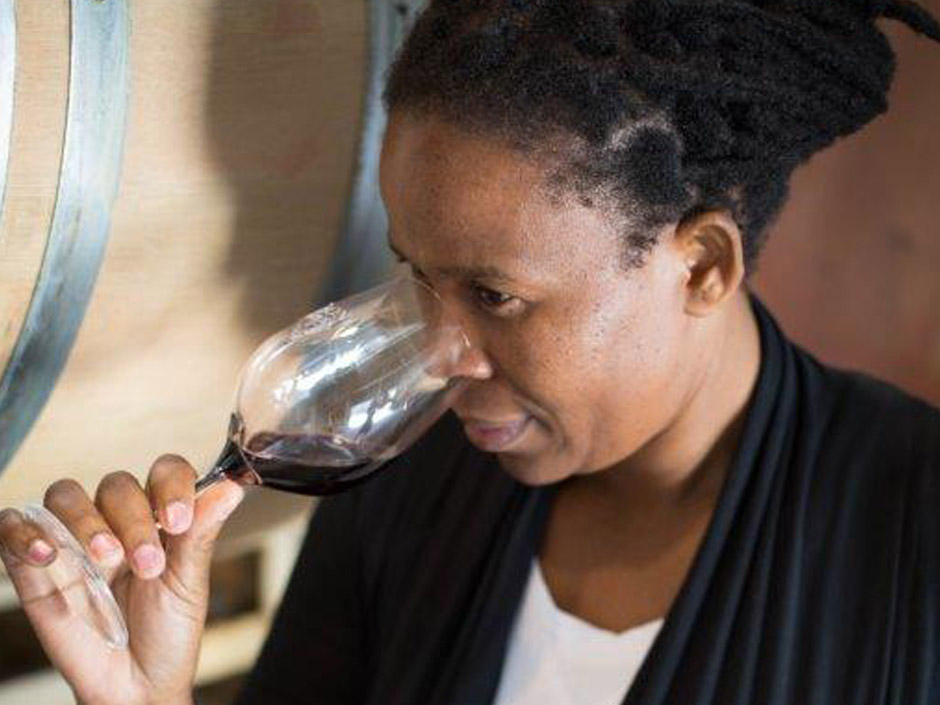 For Ntsiki Biyela, setting out to be South Africa’s first Black, female winemaker was never a goal of hers. Neither was becoming a winemaker. “I got a scholarship to study winemaking. It wasn’t something I was interested in.” But what did catch the former domestic worker’s interest was the opportunity the scholarship presented to her. “For me, it was a matter of changing my life.”

Soon Biyela was working in the vineyards and the wine cellar at Delheim Wines under the mentorship of famed winemaker Philip Costandius. And even though there were language barriers between the two, it didn’t hinder their exchange of information and passion for their work. Biyela’s enthusiasm for her newfound craft grew. Unfortunately for her, the narrow minds of those around her who questioned her talent as a winemaker didn’t. Patrons of the winery she worked at would be in shock when they discovered the wines they were enjoying were made by a Black woman. Once when inquiring about an open position at a winery, she was told they were only looking for men. “People definitely doubted me,” she said. But however hurtful those moments were, Biyela never let them deter her from owning a wine company. “It was just a matter of me saying to myself, ‘It’s okay! This is what I want to do and I’m going to do it.’” And it was with this determination that Biyela started Aslina, her wine company named after her beloved grandmother who raised her. “When you start something, don’t open windows. Look at that only, and give it everything you’ve got, and make it a success!” And with four different beloved wines under her label, Biyela has done just that.